Those who know me will know that, after two years of putting my ever-increasing travel bug to the back of my mind, I finally left the country! I think this two-year period was the longest time since I was about 17 that I’ve been stuck in one place, so yeah, to say it was well overdue is an understatement.
One of my best friends Michaela is Czech and she went back there for the summer. It’s a well-known fact that summers at uni are LONG. So of course, me going over there at some point was inevitable.

I got back yesterday after having an ace time. After years of being obsessed with Prague (and the country in general, I suppose), it did not disappoint. Here are some of the highlights and my favourite things about it.

Staying with Michaela and her family.

Staying with Michaela and her family in the Habrovany/Rousínov region of the Czech Republic (about half an hour from Brno, the second-largest city) was such a cool experience. I think I’ve told Michaela more than 100 times over the last few days just how amazing her family are. When I arrived Michaela’s mum Jana had got me a gift of some Czech chardonnay wine, a big bag of local sweets and traditional chocolate. Her and her boyfriend (neither of whom speak English, but we could communicate through Michaela) cooked some typical Czech dishes for me because they knew I’d written about them before and really wanted to try them. Word of wisdom: raw meat smothered on bread isn’t as bad as it sounds. In fact, it’s fookin’ delish. Her adorable grandma also got me a gift of a cup and saucer with ‘Rousínov’ engraved on it with a little angel candle inside. The whole thing was too cute, it really was. Not once have I felt more welcomed when I’ve visited a country; I literally feel like I have a family of my own in the Czech Republic. Michaela is basically like my sister, anyway, so that’s a given really.

Exploring Brno and its historical buildings.

On around the third day of my trip, we took a bus from Rousínov to Brno to meet Michaela’s dad, his girlfriend and her son, and her auntie Blanka. The first thing I’ll say about Brno is that it’s basically a Czech version of Sheffield, if such a thing was ever possible. It’s near enough the same size, there are trams whizzing around through the square, and there’s just the right balance of the whole ‘hipster/edgy’ student scene and old buildings. We started the day shopping before meeting her family in the square, where we laid back on some deckchairs and got wavy off a cocktail, as ya do. (*cough cough* The Forum on Division St, anyone? It’s Sheff, I’m telling ya). We visited the Basilica of the Assumption of Our Lady on Mendel Square, a church with a grand interior that takes your breath away the moment you step inside. Next, we headed to the awe-inspiring Petrov, also known as the Cathedral of St. Peter and Paul, which stands on a hill overlooking Brno in all its gothic/baroque glory. From the Petrov Hill, you can see the tallest building in the Czech Republic. It’s not that tall, but still. 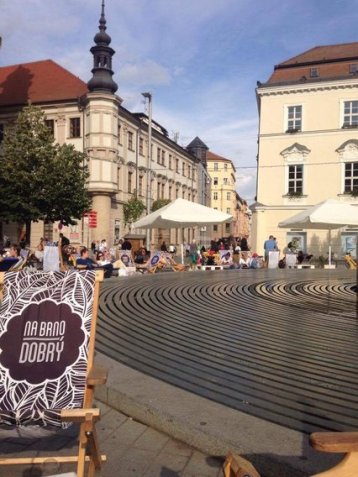 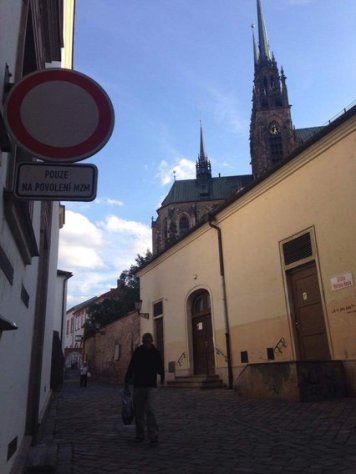 Getting an insight into day-to-day life in Czechia and their people.

One of my favourite things about visiting a new place with a local, which I try to do in loads of places that I go, is that you really do get an insight into what everyday life is like in other parts of the world, outside of the touristy places. It’s a chance to escape the reality that you’re used to, and it broadens your mind like nothing else. Here are a few weird, wonderful, and completely pointless things I learned from my stay.

Never say ‘ahoj’ (hello/goodbye) to a stranger. It makes you look stupid.
People will think you’re weird if you ask for lemonade with wine.
The Czech make their own versions of popular English songs in their own language, and it’s a combination of weird and refreshing.
There are more bugs.
People love beer, so much so that it’s the country with the world’s most beer drinkers.
THEY HAVE TESCO!
I will never get eyelash extensions as good, or as cheap, anywhere else.
It’s common courtesy to take your shoes off when you enter someone’s house.
The beds have feather/duck down pillows and duvets and are way comfier.

If I remember anything else, I’ll make a whole new weird n’ wonderful list in Part II.